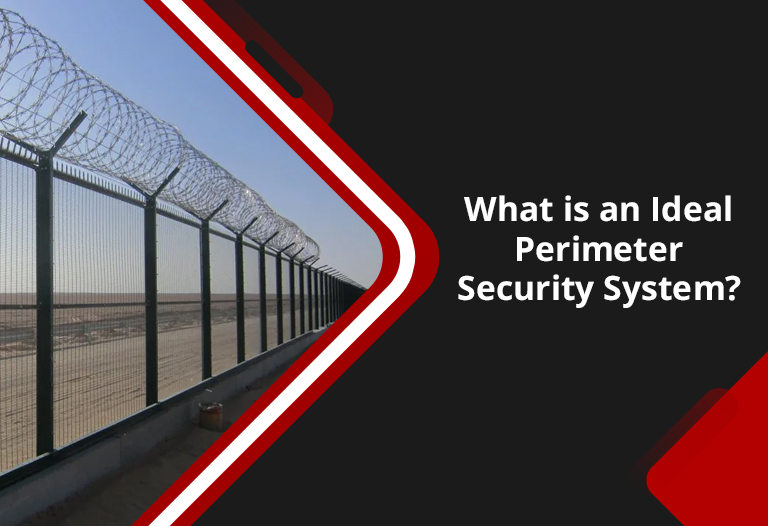 Investing much thought and time in designing an effective perimeter fencing system is rarely done throughout most of the world barring certain regions which are more susceptible to intrusion and theft. As such, the process of designing perimeter security is mostly reactive, varies from region to region, and attempts to secure any premise rarely exceed the erection of a boundary wall. Ideally, however, the benefits accrued from proactively conceptualising and installing a reliable security system for fence are crucial to ensuring the round-the-clock security of the premise, occupants, and assets.

The design process varies with the asset or occupants to be protected. Security systems throughout much of the world are designed to impede an intruder as and when an attempt to breach the perimeter is made. However, a pre-detection system to predict and anticipate intrusion attempts from beyond the periphery of any premises is equally imperative as it buys invaluable minutes to alert personnel to suitably secure vulnerable parts of a compound. Post intrusion detection mechanism is usually the most overlooked aspect of perimeter security system design. It seeks to pinpoint the location of an intruder within the premeises so that concerned security personnel can be alerted and suitable evacuation and defence mechanisms can be activated.

How Does Perimeter Security System Works?

Pre-detection essentially entails monitoring areas beyond the perimeter by means of technologies like radar and long-range PTZ cameras. Radars relay the GPS coordinates of a moving intruder and also identify the nature of the intruder (person, animal, vehicle, etc) by studying the radar cross-section. Using the GPS coordinates thus obtained can instruct the cameras to focus on the moving intruder. Other parameters that radar indicates are speed, velocity, distance, displacement, heading, etc. which in conjunction facilitate the process of accurately locating an intruder.

The design of a pre-detection system would require defining a zone beyond the periphery wherein any perpendicular movement approaching the premise periphery would arouse a modicum of suspicion among the Central monitoring team and enable them to scrutinise the identified suspect with cameras.

Formulating the mechanism to impede and repel intrusion attempts in real-time is the most extensively researched aspect of fencing. Bearing this in mind, a fence should be fabricated from suitably strong material. Besides, it should preferably be erected at a height of 3 m or higher so as to make it difficult to scale. Another challenge is to have a strong barrier and make it see-through at the same time. A see-through fence facilitates monitoring of movements beyond the perimeter and also helps identify what is triggering off the alarms🚨.

Prospective intrusions may also be impeded by installing concertina coils or barbed wire on top of the fence.

How Good Perimeter Security System Is?

The particular barrier breaching technique employed by intruders dictates the specific electronic surveillance system(s) required to be installed thereby. For instance, any attempt to cut the fabric of the fence can be detected by installing vibration sensors at various locations spanning the length of the periphery. The mesh size may also be suitably reduced to impede the motion of the cutting equipment.

Likewise, crash-rated fences represent an effective solution to repel attempts to break the fence, usually by means of ramming a vehicle face-on into the fence. Breaking attempts can also be detected by installing vibration sensors all along the perimeter.

Digging attempts are impeded by detecting vibrations emerging from attempts to dig beneath the erected fence using a combination of seismic and vibration sensors. It is also recommended to install anti-dig fences in locations susceptible to digging attempts as vibrations will trigger an alarm and alert concerned personnel to secure the vulnerable portions of the premise.

Besides, another often ignored aspect of an effective design is the type of alarms that are generated, at what locations and with what intensity they are generated, and also who needs to be notified once an intrusion attempt has been definitely identified.

In light of the above scenarios, security systems may further be developed in such a way as to somehow illuminate perimeter lights, generate sirens and notify security personnel through a multitude of modes on suitable further action to be taken. An effective security system for fencing should seek to both identify an intruder(s) as well as successfully discourage them from even attempting to breach the premises.

This way a comprehensive security system would involve a well-designed physical fence complemented with an array of electronic sensors and a robust alarm handling system.

What is an Ideal Perimeter Security System? Score: 5 / 5 (1vote)
The Author
Published by

Next Post Different Types of Barbed Wire To Secure the Area